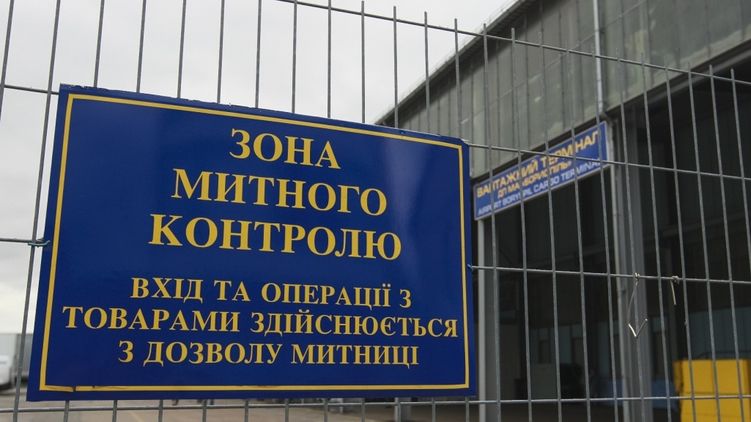 Andrii Mashchenko, specially for the Lawyer & the Law analytical magazine

In our practice, we encountered different obstacles to imported goods crossing the Ukrainian border. In particular, we represented clients in disputes with customs authorities in cases of canceling customs decisions on adjusting the customs value of goods, as well as in cases of violation of customs rules, in which our clients were threatened with confiscation of goods and fines imposed on declarants in the amount of the value of goods which price was tens of thousands of euros. The relevant court practice and our findings on the possibility of protecting the interests of importers and exporters in Ukraine are given below.

Our client on a regular basis used chemicals that are not produced in Ukraine in his production, and therefore had to import them. Chemicals were bought on international markets, and information on their value was publicly available. Some of the chemicals were unique and were produced by a single foreign manufacturer. Therefore, there was no alternative cost.

In the case of customs clearance of these imported goods, our client, in accordance with the requirements of the customs legislation of Ukraine (Article 58 of the Customs Code of Ukraine), informed the relevant customs authority of the value of the goods determined by the contract that he actually paid for. In addition he submitted, besides the contract, an invoice, confirmation of payment on this account, seller’s packing lists, export declarations, international waybills, certificates of quality and origin of goods, others shipping documents provided for by Art. 53 of the Customs Code of Ukraine, the provision of which is required to confirm the declared customs value of imported goods.

In some cases, the customs authority indicated that the invoice did not contain a reference to the contract, in connection with which it is impossible to unambiguously identify this invoice with the contract, and in others - to discrepancies between the weight of the goods under the contract and which was indicated in the invoice (in one case, the difference net was 25 kg when a total weight of the goods was more than 3500 kg). The customs authority also referred to the absence of a reference in the invoice to a particular specification - an appendix to the contract, other "inconsistencies" were indicated that, according to the customs authorities, did not allow them to identify the goods and, accordingly, accept the price of the goods indicated in the sales contract. Also, customs officers had doubts about the integrity of the declarant when determining the value of the goods, given that other declarants imported similar goods earlier cheaper. On these grounds, customs officers refused to issue a customs declaration and requested additional documents from the declarant to confirm the declared customs value, namely: contracts with third parties associated with this delivery; documents on payments in favour of these third parties; conclusions about the quality and cost characteristics of the goods prepared by specialised expert organizations, and the like. It follows from our experience that the declarant could either provide additional documents requested by customs or not provide - the result was the same: the customs did not recognize the reliability and / or sufficiency of these documents,  and determined the value of the declared goods on their own using secondary methods and until the owner of the goods paid customs payments at the rate of increased customs value, refused to register the goods and admit them for free circulation on the territory of Ukraine.

Basically, the customs determined the value of the goods in its own at the price of previously imported by other importers of identical, according to customs, goods.

According to legislation, the importer can either agree with the customs decision on adjusting the customs value and pay customs duties at an overvalued cost and pick up the goods, or disagree. If he disagree he may either deposit the difference in customs payments to the customs authority for the period of ascertaining the actual value of the goods, taking the goods in the meantime, or pay an increased amount of customs payments, pick up the goods and then challenge the decision of the customs on increase the customs value. In the latter case, the question arises of then returning from the budget the amounts paid because of unreasonably increased customs payments (the difference). The procedure to return the money from the budget is quite complicated and multi-way. In this article we will not dwell on it due to the lack of space to describe all the nuances of the process. So let us return to the essence of customs decisions and judicial practice of appealing them.

In such cases, the Customs Code of Ukraine provides for an administrative or court procedure to appeal decisions, actions and inaction of the customs authorities. We, in practice, used both procedures. Unfortunately, our experience proves the futility of the administrative way, that is, appealing the decision of the customs to a higher authority, since this authority takes the side of subordinates, in particular customs inspectors who suspect that the documents submitted by the declarants are inadequate or insufficient and, therefore, are sure on the legality of their actions and adjusting the customs value of the goods.

Therefore, in our opinion, an effective way of responding to illegal actions of customs is to appeal to an administrative court with a claim to invalidate the actions of customs authorities and cancel their decisions. Our relevant practice has a 100% positive result.

Unfortunately, for the client, such measures involve additional costs for paying a court duty and paying for legal assistance to represent his interests in a court.

Administrative courts, based on results of consideration cases on recognition as unlawful refusals by customs authorities in making customs declarations, issuing goods and vehicles and canceling decisions on adjusting the customs value of goods, make, in particular, the following conclusions.

2. The presence of discrepancies in the documents submitted by the declarant is usually the subjective opinion of the customs inspector, often not confirmed when considering cases in court.

3. Errors in the declaration (for example, incorrect indication of the weight of the goods when its quantity is determined in other units of measurement) do not affect the customs value of the goods.

The courts often note that according to Art. 57 of the Customs Code of Ukraine, the main method for determining the customs value of goods imported is the price of the contract (transaction value).

And secondary methods (in particular: at the price of a contract for identical or similar goods; based on deduction / addition of value, etc.) can be used by customs only if it is impossible to determine the customs value using the main method - by the price of the contract.

It is worth noting that the Code of Administrative Procedure of Ukraine in administrative cases on the unlawfulness of decisions, actions or inaction of the body of power, the defendant has to prove the legitimacy of his decision, action or inaction. Therefore, it is the customs authority that must prove to the court that it really had the grounds provided for by the Customs Code of Ukraine for doubting the authenticity of the documents provided by the importer, for requesting additional documents from the declarant and applying secondary methods for determining the customs value of the imported goods, whereas according to the norms of the Customs Code they can be used only if it is impossible to apply the main method.

Court practice in cases of violation of customs rules.

The Customs Code of Ukraine and the Code of Ukraine on Administrative Offenses provide for the consideration of such cases in the district court at the place of drawing up the relevant protocol by the customs inspector and the possibility of appealing the decision of the court of first instance to the court of appeal. The decision of the court of appeal is final and not a subject to further appealing. In such cases, you should be aware of the features of liability for certain types of violations of customs rules provided for in Art. 460 of the Customs Code of Ukraine. According to this norm, the commission of certain violations of customs rules due to an accident, force majeure circumstances or unlawful actions of third parties, which is confirmed by the relevant documents, as well as if mistakes made in the customs declaration did not lead to unlawful exemption from customs payments or reduction of their size, to failure to comply with measures of tariff and / or non-tariff regulation of foreign economic activity, if such errors are not occurred systematically (Art. 268 of the Customs Code of Ukraine), does not entail administrative liability provided for by this Code.

In case of a mistake by the declarant, the customs authority instead of drawing up a protocol on violation of customs rules under Part 2 of Art. 268 of the Customs Code of Ukraine should provide the declarant with the opportunity to correct errors, which, in practice, the customs authorities do not do, hoping to replenish the budget through confiscated goods and a lying fine, in the amount of its value, on the declarant.

The consequence of this dishonest behaviour of the customs authority is the potential to replenish the budget and get a “tick” for “good” work, but the threat is the unjustified large losses to the cargo owner, who may lose the goods, and the customs broker who will pay the penalty if he was a declarant.

It is also necessary to pay attention to compliance by the customs inspector when drawing up the protocol of formal requirements stipulated by law. In particular, the protocol should contain detailed information about the goods seized by customs, and witnesses and witnesses should be involved in its preparation. Very often, customs inspectors make formal violations by do not paying attention to the assessment of the seized goods, do not conduct interrogation of the carrier and other persons and the like.

It is also worth noting that, according to the Code of Ukraine on Administrative Offenses, a prerequisite for prosecution for violation of customs rules is the person’s fault.

Judicial practice in such cases varies. However, in particular, in the case of violation by the declarant of customs rules, which indicated the weight of the goods incorrectly, but correctly indicated other information about the product (for example, name, cost and quantity), we were able to prove that there were no event and all elements of administrative offense taking into account that the declarant’s mistake did not lead to exemption from customs payments to the budget or their reduction.

The court of appeal agreed that the declarant correctly noted the information on the product including its quantity in the units indicated in the contract and the invoice in the corresponding column of the declaration, as well as the fact that the declarant’s error regarding the weight of the goods did not lead to non-payment of customs payments or their reduction, therefore, it cannot entail sanctions. At the same time, the court took into account the absence of systematic violations by this declarant and decided to return the confiscated goods to the owner.

The above brief review of the practice of considering cases of adjusting the customs value of goods and violation of customs rules gives reason for optimism, because, in particular, the practice of our company indicates the possibility of protecting the interests of importers and exporters in courts.

In the case of citation or other use of the above material, a reference to the author and source is required.

Meeting of business representatives with the newly appointed Ambassador Extraordinary and Plenipotentiary of Ukraine to the People's Republic of China, Mr. Kamyshev

Innovation in tax legislation for entrepreneurs

How to renew an employee who was illegally dismissed and receive compensation for a forced unemployment. Will he be able to work afterwards?