No trial for vessels 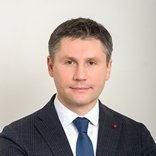 Despite the accession of Ukraine to the Brussels Convention of 1952, a number of aspects of seizure of foreign seagoing merchant vessels remain unresolved

On September 7, 2011, the Parliament of Ukraine has adopted the Law of Ukraine "On Ukraine's Accession to the International Convention on Unification of Certain Rules Relating to the Seizure of Sea-going Ships" No.3702 VI. After Ukraine's accession to the Brussels Convention of 1952 (the Convention), the seagoing ships seizure procedure in ports of our country has changed, and the rules that exist in international practice have been implemented in domestic legislation.

Under the Convention ruls the seagoing vessels that are flying the flag of one of Contracting States can be detained within the jurisdiction of any Contracting State for any maritime claim, on the grounds provided and in accordance with the established procedure. About ninety countries are party to the Convention.

The Law of Ukraine "On Amendments to Certain Legislative Acts of Ukraine Concerning the Determination of Jurisdiction of Cases of Arresting Sea Vessels" dated December 20, 2011 No. 4190-VI (Law 4190-VI) has amended provisions of the Civil Procedure Code of Ukraine and the Commercial Procedure Code of Ukraine regarding the exclusive jurisdiction of cases (articles 114 and 16 of mentioned Codes respectively). Law No. 4190-VI specifies that cases on arrest of a vessel that are carried out to secure a maritime claim to be considered with the court at the location of a sea port in which the vessel is staying at the moment of its arrest or the port of its registration. Thus, it became possible to get the court order of the vessel's arrest in Ukrainian court which is competent at the location of the port in Ukraine, where the vessel is staying.

Without the right to arrest

Earlier, the seizure of seagoing vessels in Ukraine was regulated by the relevant provisions of the Merchant Shipping Code of Ukraine. The courts of Ukraine and the chairman of the Maritime Arbitration Commission had the right to decide on the seizure of a sea vessel or its release. However, since Code of Merchant Shipping of Ukraine contains the norms of substantive law, issues of jurisdiction were not settled in it. Courts which concidered maritime claims were guided by rules of current procedural law of Ukraine (of Civil Procedure Code and Commercial Procedure Code). This, in its turn, led to situation of actually "dead" rules of law, which could not be applied in practice. Therefore, when arresting ships in Ukraine, lawyers were forced to follow the current procedural laws. This situation in fact deprived the possibility of securing a maritime claim by arresting in Ukraine a vessel which belongs to a foreign shipowner, chartered or managed by a foreign company. In accordance with the norms of Merchant Shipping Code of Ukraine and norms of the Brussels Convention, there are maritime claims arising from the right of ownership and other property rights to the ship, as well as a number of maritime claims related to the operation of the vessel. The latter include claims connected to: a) any contract of use or chartering a vessel, a contract for the carriage of cargo or passengers on a ship; b) construction, repair, equipment or re-equipment of the vessel; c) any commission, brokerage or agency fee that is paid for by the shipowner or the bareboat charterer; d) an insurance premium, including contributions for mutual insurance, which are paid against the vessel by its owner or by the bareboat charterer; e) pilotage and payment of pilotage fees, etc.

Given the rules of jurisdiction provided for by the Civil Procedure Code of Ukraine and the Commercial Procedure Code of Ukraine, it was almost impossible to obtain an order of arrest in Ukrainian courts if claims in connection with the operation of the vessel arose in relation to the foreign shipowner. Exceptions were disputes about the right of ownership and other rights in relation to the vessel itself, which was in Ukraine at the time of applying to a court.

Despite the obvious positive consequences of our country's accession to the Convention, the application of its norms in Ukraine still not entirely clear and unambiguous, and many aspects remain unresolved.

It is not settled what procedures the court should use when considering applications for the seizure of sea-going vessels. In particular, the question arises: is this a contentious proceeding or some special one, or perhaps it is necessary to apply the rules governing securing the claim, since the arrest of the ship is in fact an interim measure rather than a matter of dispute (dispute regarding the right)? Still unclear as well the issue of determining the amount of the court fee. Because it depends on whether it is a pecuniary claim or not, and whether the "case of arrest of the ship" (the wording in the version of the Law No. 4190 VI) can be acknowledged as dispute on the right according to norms of procedural law. In my opinion, there may be a dispute about the right to the above mentioned remunerations/compensation/payments etc. in connection with the operation of a vessel and other rights, but not the "case of arrest of the vessel". Due to uncertainty, whether the application of arrest of the vessel should be considered in contentious proceeding or in some special one, the procedure for vessel's release from arrest is unclear as well. Is it necessary to appeal the decision of the court of first instance on arrest of the vessel or the court of first instance itself may cancel the arrest, by being guided by the rules on securing the claim?

Such contradictions will complicate the process of applying the norms of the Convention in practice. Accordingly, further development of legal norms is necessary. It may be done with amendments and additions to the procedural law of Ukraine.

Despite the indicated shortcomings, Ukraine's accession to the norms of international law, which unify the rules and determine the grounds for seizure of sea-going vessels, is clearly a positive factor.