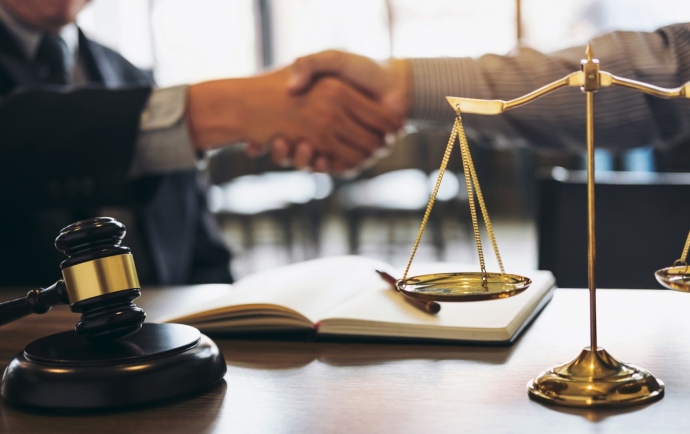 Disputes, which may be brought to national courts, do not require a mandatory foreign element.

No special agreement is required to apply to a national court, and parties may apply under the Law. The only condition is that the parties have procedural capacity, the criteria of which are determined by the Law.

While the procedural law governing national courts contains specific rules for determining the jurisdiction of a dispute. As a rule, disputes are heard by the court at the location of the defendant. In some cases the law gives the plaintiff the right to choose between several courts (alternative jurisdiction), for example in disputes arising from contracts which determine the place of performance or such disputes may also be considered at the place of performance of these agreements. On the other hand, the law determines the exclusive jurisdiction of certain disputes. In particular, disputes arising from the contract of carriage, in the case the defendant is a carrier, is heard at the commercial court at the location of the carrier, disputes arising in respect of immovable property are considered at the location of this property, etc.

National courts administer justice in accordance with the national law of the country of the court, taking into account conflict rules, as well as international bilateral and multilateral treaties (conventions) to which the country of the court is a party, which in Ukraine, for example, is considered part of national law. over him. Judicial proceedings are conducted in the state language of the court country. The procedure for considering a case by a court is clearly defined by procedural law.

Mention should also be made of the right of the parties to the arbitration to elect arbitrators to hear their case, whereas in the case of a national court, they do not have such a right and the case is assigned to a judge without the will of the parties. A challenge of a judge regarding its impartiality or objectivity is possible.

The term of consideration of the case in international arbitration is on average - 6 months, the cost - about $ 10,000. Legal support costs, on average, from $ 5,000 to $ 10,000. In the International Commercial Arbitration Court at the Chamber of Commerce and Industry of Ukraine, in particular, the plaintiff, filing a claim, regardless of its price, must first pay a registration fee to cover the costs associated with the commencement of arbitration proceedings, the amount of which is fixed at $ 600 and is non-refundable. In the case of initiating arbitration proceedings, the plaintiff must also pay the arbitration fee at rates that depend on the amount of the claim. From the minimum - 1800 dollars for lawsuits not exceeding $ 10,000. Up to a maximum of $ 118,700. USD + 0.1% of the value of the claim over 50,000,000, but not more than 350,000.

The amount of costs for the trial by the national court in Ukraine will consist of a court fee (1.5% calculated from the amount of the property claim brought to a commercial court) and court costs (the costs of legal assistance; related to the involvement of witnesses, specialists, translators, experts etc). The court costs are distributed by the court in deciding the case in proportion to the satisfied claim. The term of consideration of the case in the commercial court of Ukraine is 60 days for preliminary proceedings and 30 days - for the trial itself, not taking into account the possible suspension of the case on the grounds specified by the procedural Law. In practice, these deadlines for court proceedings are not always met.

These deadlines in Ukraine are short as compared to other countries where the trial may take years (Greece, Italy, France, etc.).

The different procedures and grounds for challenging an arbitral award and appealing a national court's decision should also be taken into account. Which, in particular, affects the dates of entry into force of the decision and the period when it can be executed, in particular by force. The decision of the arbitral tribunal shall take effect immediately after it has been rendered and by the national court after the expiry of the time limit for appeal or review by the appellate court. However, a separate recognition and enforcement procedure is provided for the enforcement of an arbitral award if the defendant refuses to comply voluntarily. While a national court decision, if enforced in the territory of the court, is not subject to additional recognition and may be enforced immediately after the decision enters into force.

Thus, it is difficult to determine the best choice in the competition for dispute resolution procedures between national courts and international commercial arbitration. Each of them has their disadvantages and advantages. Therefore, the parties should weigh all the pros and cons while deciding whether to submit their dispute to international commercial arbitration or leave it to a national court, and choose the most appropriate option.