How the crewing companies work? 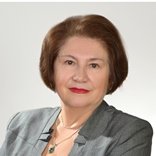 Since Ukraine has almost lost its merchant fleet, Ukrainian seafarers have been forced to apply for jobs to foreign shipowners. In order to find a job according to their qualifications, seafarers turn to crewing companies that are doing an agency work on their employment. Since 1996, the government has been regulating this work.

Recently, namely on September 6, 2010, new licensing conditions for doing the agency work in employment abroad were approved by an order of the Ministry of Labor and Social Policy of Ukraine. This regulation provides for more demanding conditions for legal entities that are engaged in such kind of activities.

Firstly, one of the conditions is compliance with the hiring procedure established by current legislation. In particular for citizens job placement in accordance with the requirements of Chapter III of the Labor Code of Ukraine. So, the agent has to ensure the conclusion of a labor contract between the seaman and the employer - the shipowner.

Secondly, it is planned to legalize documents confirming the legal status of a foreign employer.

The requirment of conclusion of an international business contract to be entered into by an agent and a foreign employer is also added to lecensing conditions. The agent shall be required also to receive from a foreign employer copies of documents on his registration and type of activity that must be certified and legalized.

There are requirements for the employment contract, the draft of which must be certified by the employer. An employment contract must contain, in addition to the details of the employer and employee, information about the nature of the work, working conditions, payment for it, the time of the contract validity, as well as the conditions of social protection (in particular insurance). There are also requirements for a collective agreement, which the agent should receive from a foreign shipowner to enter into an international business contract with him.

The agent (licensee) is obliged not to charge clients (seamen) any kind of advance payments for agency services until the client receives the employment contract signed by the foreign employer.

With this order was also approved the procedure for monitoring compliance with the license conditions. According to the approved procedure, control is carried out by inspections which may be either scheduled or unscheduled. A procedure prescribes a list of topics to be checked during a scheduled inspection. It also prescribes the order of inspection's results presentation. The inability of the licensee to comply with the licensing conditions provided for such business as agency services in employment abroad is confirmed by the Act. This Act is the ground for the revocation of the license. The licensee’s inability to ensure compliance with the license terms shall be deemed as:

It should be noted that the regulations governing the agency activities in employment for work abroad, have become more sophisticated compared to those in the 90s. But still they do not fully ensure the rights and interests of the citizens of Ukraine, in particular the Ukrainian sailors.

Firstly, the regulatory act that is commented on does not include requirements for the management staff and personnel of crewing companies that carry out employment activities for seafarers. That is, the specifics of the work of such companies are not taken into account, in view of which the staff should have relevant knowledge of the maritime sector of the economy. Secondly, there are no requirements for the licensee to take measures that would ensure, if possible, that the employer has the means to protect seafarers from the danger of being left in foreign ports without means of livelihood.

In addition, there are requirements for business entities engaged in employment abroad mediation process, to ensure that the seaman receives a second true copy of the employment contract. Practice shows that sailors do not always receive it. The absence of a labor contract by a seaman deprives him of the opportunity to protect his rights in the event of non-payment of wages, in the event of injury, and the like. Licensing terms also provide an alternative in the need to provide for concluding an international business contract such document as a collective agreement. Instead of the collective agreement itself a reference that the collective agreement was not entered can be provided. In such case, the content of the employment contract should include conditions that should be in the collective agreement. In particular, the obligations of foreign employer to compensate to an employee in case of full or partial disability, compensation to relatives in the event of the death of a seaman or in the case of his work in combat zones.

It seems that the Federation of Maritime Trade Unions of Ukraine, which is familiar with the specifics of seafarers ’employment, was not involved in drafting this new regulation. Undoubtedly considering the document to be advanced, we hope that it will be improved.