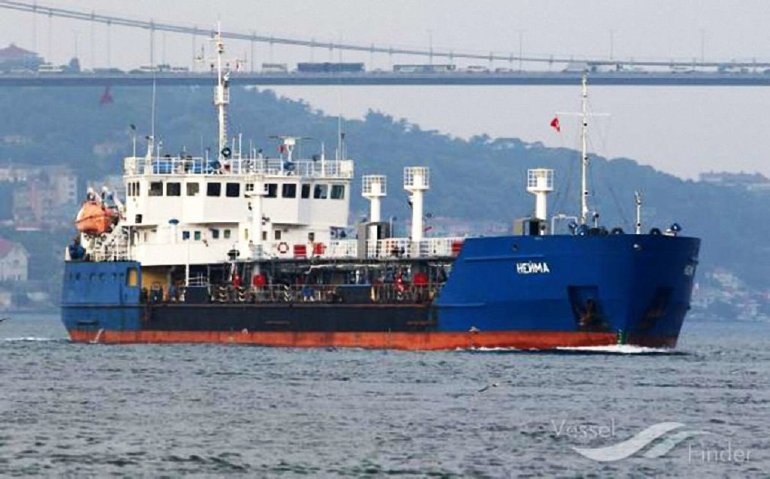 Comments by Andrii Mashchenko to radio "Voice of the Capital" on the lawfulness of detention of the Russian tanker NEYMA/NIKA SPIRIT by the Security Service of Ukraine and the Military Prosecutor's Office:

"The legal aspects of the detention of a tanker will now be discussed in more detail. We contact the lawyer, director of MBLS law firm Mr. Andrii Mashchenko.

- Let's start with this commitment. The crew was released, but they are obliged to appear on interrogations on call of investigator. Firstly, if all the sailors were new, they were not, as if, involved in the events of last year, then why can they call them at all? And secondly, what legal obligations could the crew members take on themselves, or they are prisoners "by agreement" like: «are you promising? I promise! Ok, you are free!

- Not quite so. The Criminal Procedural Law of Ukraine, in which the criminal proceedings are conducted by the Security Service and the Military Prosecutor's Office, provides for the possibility of summoning witnesses for questioning. The investigator determines which persons he considers to be witnesses, therefore, probably those who were on board (the ship's crew) at the time of ship's survey, which have already been questioned, is currently considered a witness. Since, as I understand, there is now no evidence of involvement of the crew members which were questioned by the investigator, so they were released. I do not see here any violations from the Security Service's investigators or prosecutors, so this is a normal practice.

- As we see from the press-release of the Security Service, investigations are being conducted on the vessel, that is why, the crew members were questioned, the ship was inspected, a search, seizure of documents and the rest were carried out ... These are normal investigative actions envisaged by the Criminal Procedure Code. The ship, as far as I understand, is now simply not allowed to leave - this is also provided by the norms of the Code of Merchant Shipping of Ukraine. That is, law enforcers act within the law. Further, according to the Security Service, they intend to apply to the court for the arrest of this vessel in order to leave it in Ukraine to allow investigators continue further investigatory actions. This is also normal, because at the moment this ship has all the signs of material evidence in a case instituted by the Security Service of Ukraine in result of the attack on Ukrainian warships by Russian ones last year. Therefore, everything looks fine ...

- Yes, and what can be done with the vessel, as with a material evidence? That is, the vessel have now been arrested, they conducted some investigative actions. What's next? Does it go to the Ukrainian state?

- As far as I know, the Security Service did not report that there is already a court decision on the vessel's arrest. They reported that they only solicited or intend to apply to the court for obtaining such an arrest warrant, and the court, I believe, will satisfy this request. Next, the evidence will be kept. According to the Criminal Procedure Code, responsibility for its storage lies with the investigators, or later with the court, but, given that it is such a large object, will probably be transfer to storage with the port authority, where it is now, under the supervision of the investigating authority , later - the court .. that's normal.

- Okay. And then what? Well, how about it? Then turn back to the owner? How is this decided? Will it be possible to buy it at an auction in favor of the Ukrainian state? What will this be?

- No Vessels can then be sold if they are arrested for debt obligations, so-called maritime claims. If it is arrested as evidence, then, after the criminal proceedings are completed, all the evidence is returned to the owner.

- To the owners ... Well. Here is another question, briefly. If you can reason that it took part in the capture of our sailors. It blocked the passage through the Kerch Strait. If the owner would argue that "we did not block - we just got to the ground ... we had technical malfunctions ... so simply coincided in time." How much can this be an argument, and Ukraine can not prove what really happened?

- Now the actions of investigators look correct. Because they conducted a search on this vessel and seized documents, which would enable the investigators then to confirm how and what did the vessel, blocking the passage through the Kerch Strait under the arch of this bridge. Therefore, I hope they will get evidence there that the vessel did not sit on the shore but did comply with instructions from law enforcement or other government agencies ....

- Well, Mr. Andrii. Thank you for your comments.

We were contacted Mr. Andrii Mashchenko, a lawyer, director of the law firm "MBLS".