Diarchy in the seaports of Ukraine. How to prevent chaos? 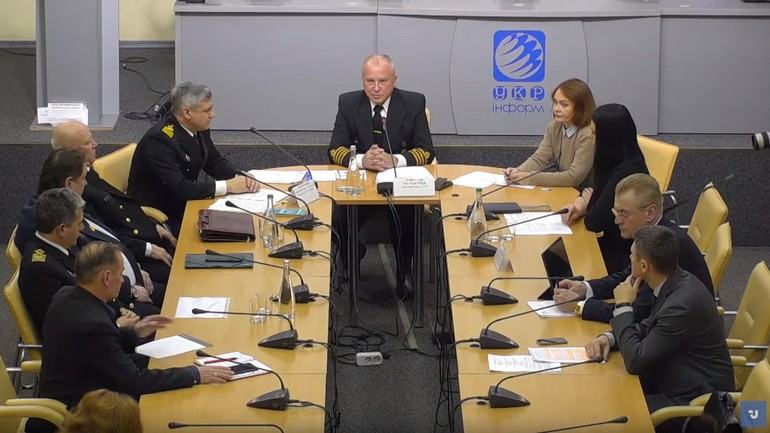 A discussion on the legality of actions of created in 2017 and started its work in 2018 Maritime Administration subordinate of the Ministry of Infrastructure of Ukraine has been taking place at Ukrinform - information agency.

One of the first steps of the new administration was shutting down the existing harbor master’s services and discharge the duties of the harbor masters, which were appointed by the Ministry and worked officially in the “Administration of the Seaports of Ukraine”.

As a result, diarchy and confusion arose in Ukrainian sea ports, since the current captains are not dismissed from their posts, legally, and accordingly continue to fulfill their duties. Sailors and shipowners, in turn, do not know who they should contact.

The roundtable participants tried to understand the situation and convey information to the public about whats happening.

The discussion was attended by Stanislav Nezavitin - the captain of the Odessa Sea Trade Port; Serhiy Poyurovsky - Captain of the Mariupol Sea Trade Port; Vyacheslav Kislovsky, Vice President of the Association “Maritime Chamber of Ukraine”; Ilya Tikhonov - Executive Director of the Association “Maritime Chamber of Ukraine”; Alexander Borisenko - Director General of Ukrrichflot Shipping Company; representatives of the State Enterprise “Seaport Administration of Ukraine” and others.

Andrii Mashchenko, director of MBLS Law Firm, took part in the discussion as the maritime law expert and represented his opinion regarding the legality of the Maritime Administration actions.

The broadcast of the round table can be seen at the link.